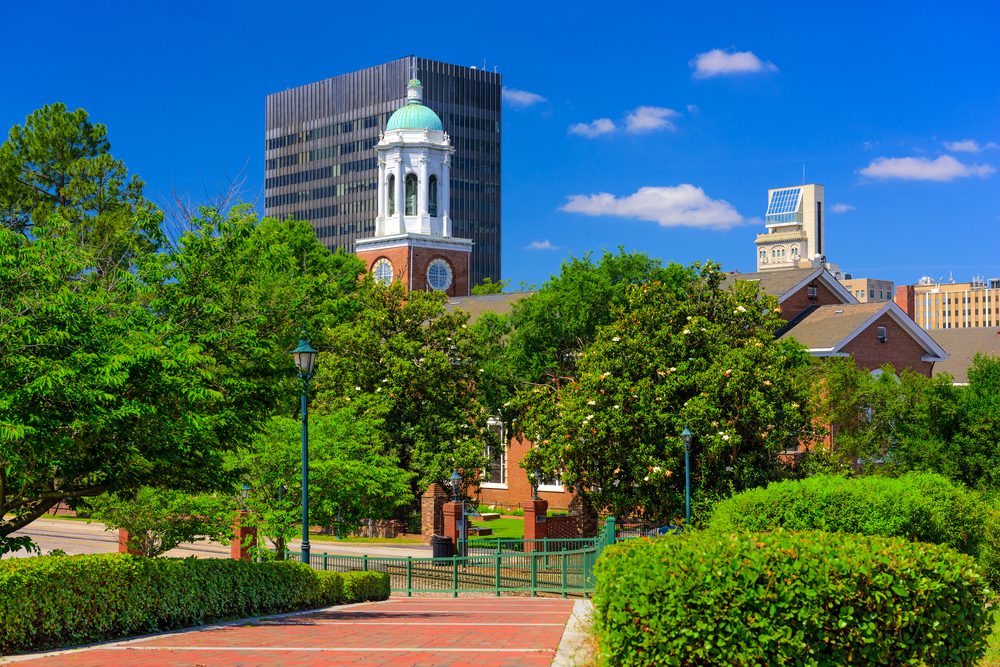 If you’re thinking of living in Augusta, GA, you probably want to know about the city we love to call home. To help, we put together this list of Living in Augusta, GA: Pros and Cons. We feel you should always know the good and the not-so-good about any city. Luckily, the good far outweighs the bad here in one of Georgia’s loveliest locations. Enjoy.

At SecurCare, we offer storage units in the Augusta metro area. If you have questions or need help with your move, you can chat online with us anytime. Now let’s get into the nitty-gritty of Living in Augusta, GA.

The oldest city in Georgia, Augusta, is also the second-largest. It’s a beautiful city along the Savannah River banks about 150 miles due east of Atlanta, Georgia’s capital. Augusta is famous worldwide for one event in particular; the famed Master’s Golf Tournament! It’s held every year at Augusta National Golf Club, attracting players, visitors, and viewers worldwide! But what are we not so famous for?

There’s something about living in Augusta that makes you want to spend a lot of time outdoors. It’s the weather, of course, which is mild and warm most of the year. Unlike some of Georgia’s coastal cities, Augusta never gets blazing hot. Plus, unlike northern Georgia cities like Atlanta and Rome, Augusta never gets very cold. The weather here is nice almost the entire year.

Augusta is not a crime-free city, but you might believe that after you’ve lived here a while. That’s due to the very low serious crime rate here. At 27/100, we’re on the shallow end as far as serious crime goes, which is good news for everyone who lives here. Property crime might be slightly higher, but it’s still not overly crazy at 59/100.

CON: Insects are a Problem Living in Augusta, GA

Have you ever had to run from your front door to your car to get away from flying insects like gnats and mosquitoes? In Augusta, we do that here regularly. Spring and Summer are the worst times, so make sure to always have plenty of bug repellent (or light, cover-up clothing) on hand.

If you want access to excellent healthcare facilities, Augusta is perfect. The doctor-patient ratio here is very high, and the hospitals are exceptional. Health costs here are slightly above the national average at 102.7/100, but they’re not out of sight either.

PRO: Living in Augusta Means You Can Breathe Easy

Over the last several years, Augusta’s air quality has been steadily increasing. That’s good news for everyone who loves breathing fresh air! A recent article in The Augusta Chronicle reported that Augusta has had zero high ozone days in the last three years. The city earned a grade of A for ozone pollution from the American Lung Association! (Particle pollution got a score of B, which is still good.)

As lovely as the weather is here, Augusta is not as walkable a city as you might think. WalksScore gives our city a score of 63, a D+, which is, frankly, not so great. Also, the bicycling infrastructure here is, sadly, minimal. Getting around on a bike can be difficult and, in some places, a bit dangerous.

PRO: The Commuting Time is Low Living in Augusta, GA

The average American spends 26.4 minutes commuting one way to work. In Augusta, though, we spent just under 20 minutes, almost 7 minutes less. Yes, the commuting times have been getting slightly longer in the last few years. However, you’ll still spend more time with family and less on the road when you live here.

If you adore golf, then look no further. The Master’s is one of the “big 4” major championships in professional golf. The tournament has been at Augusta National golf club since 1934 and has a genuinely fabled history. If golf is your jam, Augusta sees some of the best on the planet.

CON: Public Schools in Augusta, GA Get a C-

If you have a young family, you might think twice about Augusta. That’s because our city gets a C- for schools, which any kid will tell you is not so great. There is one school here, though, that gets an A+, the Davidson Fine Arts Magnet School. Several others get a B+ also. When you move here, you should make sure you’re near one of the better schools if you have kids.

PRO: The Cost of Living in Augusta, GA is Affordable

Our lovely city gets a score of 80.7/100, nearly 20 points below the national average when it comes to the cost of living! Groceries, transportation, and miscellaneous expenses are all lower here. Housing is much lower than the national average at 50.1/100! If you want to see more about the cost of living in Augusta, GA, we wrote a blog on that too!

Like many much bigger cities, Augusta offers a lot of culture and amenities. Concerts, theatres, museums, and more await you when you live here. There are a lot of outdoor festivals also, as well as an excellent minor league baseball team, the Augusta Greenjackets. (Named after, you guessed it, one of the local flying insects found here!) We also have a thriving food scene, fantastic architecture, lovely lakes, and improv theatre too! In short, we’ve got it all, but with half the population of most major US cities!

And there you have them, the pros and cons of living in Augusta, GA! We hope this list was helpful and makes your decisions easier!

Read more about Georgia on the SecurCare blog!