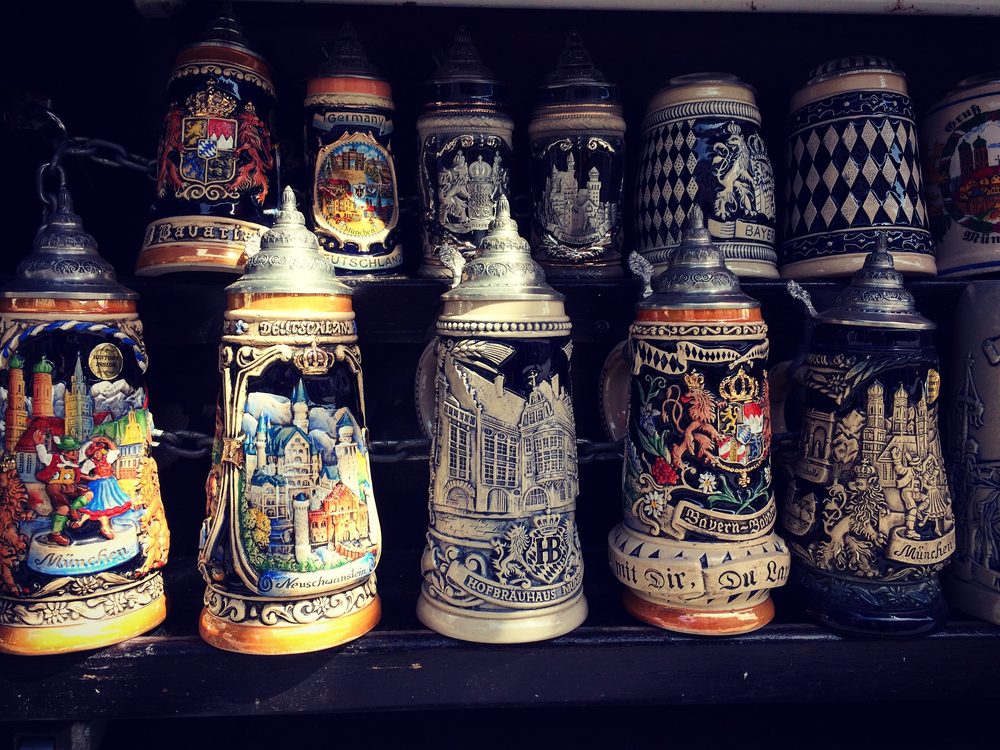 If you have a deep appreciation for that beautiful liquid we call beer, you’ve probably seen a beer stein. Maybe there’s a local pub you like to frequent in your town. They usually have beer steins all over the place! You might have gone to one of America’s many Oktoberfest celebrations. You’ll find plenty of unique, colorful, ornate (and sometimes huge) beer steins there too. Ever wondered if those beer steins are worth money?

Suppose you’ve recently read our article about How To Tell if a Beer Stein is Valuable, great! It’s got a lot of great information! If you think you may have a beer stein (or several) that are worth money, even better! Now the question is this; what should you do next? Below we’ll do our best to let you know so that you can get the most for your valuable steins! Enjoy!

Do Your Research On Beer Steins

Knowing your beer stein is valuable is one thing; knowing why is another. When you understand why it gives you an advantage if you decide to sell, that means researching and finding out where your stein came from. There are a few other things too, like:

Not All Beer Steins Are Worth Money

One of the most critical factors for whether a beer stein will go up in value is scarcity. For example, a one-of-a-kind stein made by a master crafts-person will almost always go up in value. On the other hand, a stein made on an assembly line might go up in value, but probably much less. Also, it will take more time for that increase to occur. Speaking of which…

Time is also a vitally important factor in a beer stein’s value. For example, a low-quality stein made today won’t go up in value very much. But if you wait 100, 200, or 00 years, that beer stein’s value will become priceless. It’s the same reason antiques and other artifacts are so valuable today. Now, after hundreds (or thousands) of years, their value is astronomical.

This last determining factor can be a bit tricky. For example, in his day, DaVinci was just an ordinary man. Today, though, we look at him as a master and a genius. For that reason, his works of art have more value. (Plus, there’s the whole time factor we just talked about.) If you have a beer stein that a current artist crafted, it might help your stein appreciate more quickly. Or, frankly, it might not. (Collecting beer steins, as with collecting practically anything, can be a fickle hobby.)

Some of the best beer steins in the world are German-made by a handful of beer stein manufacturers. For example, they include King Werk Beer Steins, Thewalt Beer Steins, and Zoller & Born Beer Steins. If you have a beer stein made by one of them, it will have more value than other steins.

Not All Beer Steins Are Created Equal

Of course, there are beer steins out there that, while not free, aren’t expensive either. Some are cheap knock-offs or made with inferior quality materials. Some might be plastic, not ceramic, and, while excellent, don’t hold much value. Many people don’t collect beer steins for money, but because they love beer steins. If that’s you, the way a stein looks or the memory it holds is probably worth more than money. If you buy and sell antique beer steins for profit, though, cheaper steins probably won’t interest you as much.

When it comes to collecting, there are experts for everything, including beet steins. If you want to know your stein collection’s true value, seeking expert advice is an excellent recommendation. (Google ‘beer stein expert,’ and you’ll get millions of hits!) There’s likely a beer stein expert, or top collector, near you!

One of the best reasons to have a beer stein collection is because they look so amazing! Many people in the United States have huge groups that take up a large portion of their home! They display them all over the house in every nook and cranny they can find! If your collection is growing too large, storing beer steins in a storage unit is a great solution. That’s because storage units are clean, safe, and secured by 24/7 security cameras.

They also have climate-controlled storage units to protect items from extreme temperatures. Plus, you can set up shelves in a storage unit so that you don’t have to stack boxes willy-nilly. That will protect your beer steins even further and keep them safe from damage. It’s easy, affordable, and one of the best methods of protecting your valuable beer stein collection!

We Hope Your Beer Steins Are Worth Money!

We hope this short article gave you a better idea about what to do if your beer stein(s) is valuable. The fact is, some are worth thousands and even hundreds of thousands of dollars. Many are worth considerably less, though, but they still hold great value if they make you smile. Whatever your collecting fancy, best of luck collecting, buying, and selling beer steins!

1 thought on “So You Think Your Beer Steins are Worth Money. What Next?”