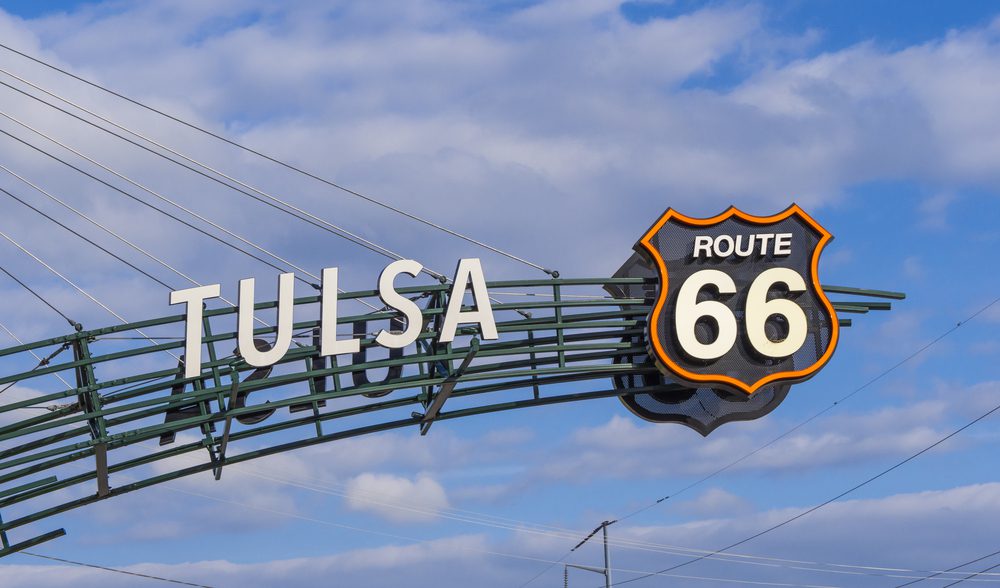 Moving to Tulsa, Oklahoma? Maybe you’ve just arrived, and you’re curious about our city, your new home town? If yes, you’re in luck! We’ve put together a list as big as the Golden Driller, filled with fascinating facts about Tulsa, Oklahoma! We’ll take you through a little bit of Tulsa’s history and talk about some of its biggest moments! So clear your schedule, sip some tea and let’s take a look at what makes Tulsa tick!. Enjoy.

Did you know that the 6th tallest statue in the United States was in Tulsa? It is, and it’s the Golden Driller! Traded in an oil deal from Texas, the statue was originally built in 1952 for the “International Petroleum Exposition.” It looks like an oil worker with his arm on an oil derrick. The statue is 75 feet tall and weighs a massive 43,500 pounds! It was so impressive that in 1966, Tulsa moved the Golden Driller to the Expo Center for the 1966 International Petroleum Exposition. That’s where he stands to this very day, keeping watch over the city. (File this interesting info under “Fascinating Facts about Tulsa Oklahoma in the 1960s”.)

In 1950, Tulsa police officer Clinton Riggs saw a problem in Tulsa. That problem: too many automobile accidents were occurring on Tulsa’s street corners. An ambitious fellow, Officer Riggs invented the “Yield” road sign in order to solve the problem. He first tested the Yield sign on Columbia Avenue and First Street in downtown Tulsa, and it was an instant success. Collisions decreased significantly, leading Tulsa city planners to place them all over the city. Soon, all of America and the world were using the Yield sign, which hasn’t significantly changed in 70 years!. After he passed away in 1997, Officer Clinton Riggs’ family had a Yield sign engraved on his tombstone.

“The Outsiders” was Filmed in Tulsa

Today, actors Tom Cruise, Rob Lowe, Emilio Estevez, and Diane Lane are household names. (And don’t forget the dearly departed Patrick Swayze.) However, before they became superstars, all of them starred together in a little 1983 cult classic film called The Outsiders. None other than Francis Ford Coppola directed the movie, and nearly the entire production was in Tulsa. In fact, Tulsa is where the story was set, which is why they shot the film here. (We’d like to think they’ve all had such wonderful careers because of Tulsa’s magic, but we’re biased.)

Talk about interesting facts about Tulsa, Oklahoma! Best-selling country artist Garth Brooks was born here on the 7th of February in 1962! Indeed, Brooks is one of the most successful solo country artists in history, having sold over 170 million records!

Tulsa was the “Oil Capital of the World”

In 1901 oil was discovered in Tulsa, changing the city forever. Overnight Tulsa went from a small, quiet “cow town” to a boomtown, with wildcat oilmen flooding the city. They brought their families too, of course, and the population skyrocketed. As it did, the town of Tulsa spread in all directions. As if that wasn’t enough, in 1905, an even larger oil discovery was made in a nearby town of Glenn Pool, Oklahoma. A short 15 years later, Tulsa was officially crowned as the “oil capital of the world .” Over 100,000 people lived here, and 400 different oil companies live here.

There TONS of Man-Made Lakes in Tulsa, Oklahoma

Do you love boating? If so, you’ll be glad to know there are more human-made lakes in Tulsa than any other state. One of the biggest is Lake Eufaula with 600 miles of beautiful shoreline. It’s perfect for boating, camping on the waterfront, swimming, and of course, fishing. Even better, there are over 200 more lakes here, the largest number created by dams in the country. That includes Lake Murray, a 5700-acre lake that’s one of the clearest in all of Oklahoma! The deepest? That would be Broken Bow Lake at 185 feet in depth!

While we would never recommend breaking any Tulsa laws, there are some that simply don’t make sense. Some are weird, and a little bit crazy, which might make you wonder what Tulsa’s lawmakers were thinking. While we’re not here to give any legal advice, we do have a list of some of Tulsa’s weirdest laws.

The Largest Collection Of American West Art is in Tulsa

The American west expanding and growing was a significant time in American history. At the Gilcrease Museum in Tulsa, you’ll see much of that history on display every day. That’s because they have the world’s biggest collection of American West Art and artifacts. The massive collection of art and artifacts? Mr. Gilcrease purchased it from the city back in 1955 so that everything could be on display for all to see. We highly recommend you take an afternoon to go and see everything, it’s truly amazing!

With over 850 stores in 11 states, QuikTrip is one of the country’s biggest gas station/convenience store chains. You’d never know that it opened it’s doors in 1958 in, you guessed it, Tulsa, Oklahoma! The original location was on Peoria Street in Tulsa, started by neighbors Burt Holmes and Chester Cadieux. If you’re on a road trip and need gas and a cuppa’ joe, you can thank them for making it easier.

Some interesting facts, like the ones above, need more of a background story. The following facts, however, do not. (They’re still just as interesting, we promise!)

We hope you thoroughly enjoyed this list of fascinating facts about Tulsa, Oklahoma. We hope you find the city as wonderful a place to live, work, and raise a family as we do. Best of luck in your new life here!

3 thoughts on “Facts About Tulsa Oklahoma”