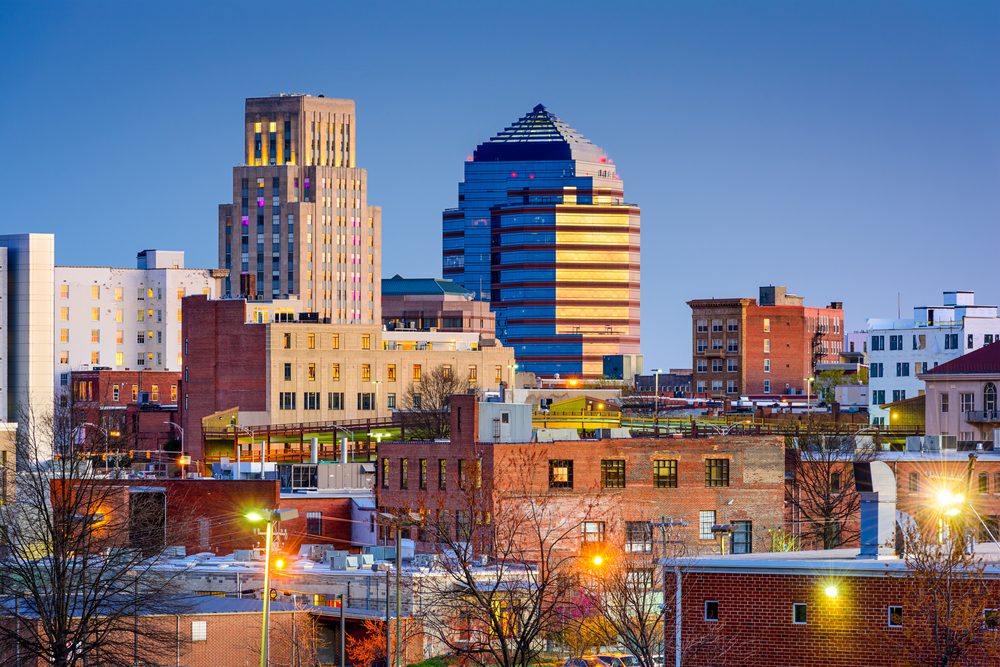 Are you contemplating living in Durham, NC? If yes, you probably have more than a few questions about North Carolina’s 4th largest city. Are the schools above average? Do they have long winters? What’s the job market like in Durham? What to do in Durham, NC. How about the food scene there? Is it hot or just lukewarm? Is Durham a good place to live?

All of these questions and more are important to answer before you make your decision. To help, we’ve carefully thrown together this article for you! In it, you’ll find all sorts of interesting and helpful info! So if getting some insight into what life is like in Durham, NC, is your goal, read on!

Durham is one of the three cities that make up the “Research Triangle,” a significant research and development center in the United States. (The other two towns include Raleigh and Chapel Hill, NC.) The actual research happens at the University of North Carolina Chapel Hill, North Carolina State University, and Duke University. In short, it’s an area of the U.S. where important, life-changing stuff is happening. (Which you have to admit is pretty exciting!)

No Beaches if You’re Living in Durham, NC

Yes, North Carolina has a beautiful coastline, and Durham is relatively close to it. You won’t be making any day trips to the beach since it’s a 2-hour drive at least. Plus, in the summer, the traffic is simply ridiculous. Is Durham a good place to live if you like the coast? Not really. Luckily, the city has so many other things going for it that you won’t miss the surf and sand.

TIP: Many folks with boats store them in Durham storage units, so they stay safe between trips to the coast.

It Isn’t the Best (or Worst) Tax-Wise

Taxes are a significant consideration for most Americans; it’s true. In Durham, NC, you’ll find that the taxes aren’t the best, but they’re not the worst either. For example, the income tax rate of 5.25% is on the low side, comparatively speaking. On the other hand, property taxes are a bit higher in Durham County (1.230%), and sales taxes are as well (7.5%). All in all, Durham taxes average out to be “good.”

Many Americans love the change of seasons, especially in fall when there’s a burst of beautiful color. A little snow here and there can be delightful also, at least for most. The good news is that door offers four distinct seasons, although they are a bit milder than many other cities. For example, in winter, January and February are the coldest, as they are in many other cities. However, there are very few days where the temperature falls below zero degrees Fahrenheit. Yes, we do get snow, but at a mere 4 inches per year, it’s not going to cause significant headaches. (The U.S. average for snowfall is a whopping 28 inches!) Both spring and autumn are pleasant, with comparatively mild temperatures.

Get a Great Education While Living in Durham

As we mentioned earlier, Durham is part of the Research Triangle of universities. Our city is on the cutting edge of research and technology. There are several 4-year universities in Durham, NC, that are highly ranked, to be sure. They include:

One of the Tastiest Towns of the South

North Carolina, Durham is a foodie’s dream and one of the hottest food destinations on the east coast. A few years back, for example, Southern Living magazine named Durham one of the “South’s Tastiest Towns.” One of the reasons is that Durham’s chefs excel in combing old and new food styles and flavors. For that very reason, food artisans flock to Bull City to the delicious delight of the city’s many residents.

Durham AKA “The City of Medicine”

If you have health issues (or want to prevent them), you’ll be glad to know Durham is the “City of Medicine. The reason why is simple; Durham offers a wide variety of outstanding medical facilities. Indeed, healthcare is a major industry here, with over 300 health-related companies. For retirees and anyone else looking to stay healthy and fit, that’s excellent news. It also means that, if you’re in the health and wellness industry, you’ll find jobs galore in Durham!

Durham is Pollen Central in Springtime

Durham can be challenging in springtime if you suffer from allergies (or aren’t a big fan of pollen). That’s because we see an intense amount of pollen here over several weeks. In 2019, for example, we had what meteorologists referred to as ‘pollenpocalypse’. The air was so full of pollen that the entire metro-area had a greenish haze for several days.’ (They said it was ‘nothing to sneeze at,’ and they were right!)

You won’t lack for things to do outdoors in Durham, that’s for sure. Durham has so many nature parks you’ll never get bored! For photographers, it’s a dream, with many photo-perfect locations in and around the city. Some of the best include:

Brought to You By Durham’s Favorite Storage

No matter where you decide to live in Durham, we’re sure you’ll love it here. (We certainly do!) Durham is lovely, the people are friendly, and the living is easy. If you need extra space to store your stuff, that’s easy too with SecurCare’s storage units in Durham, NC. We hope you enjoyed this piece and that it answered all your questions about living in lovely Durham, NC. Welcome to the area, and best of luck with everything you do!